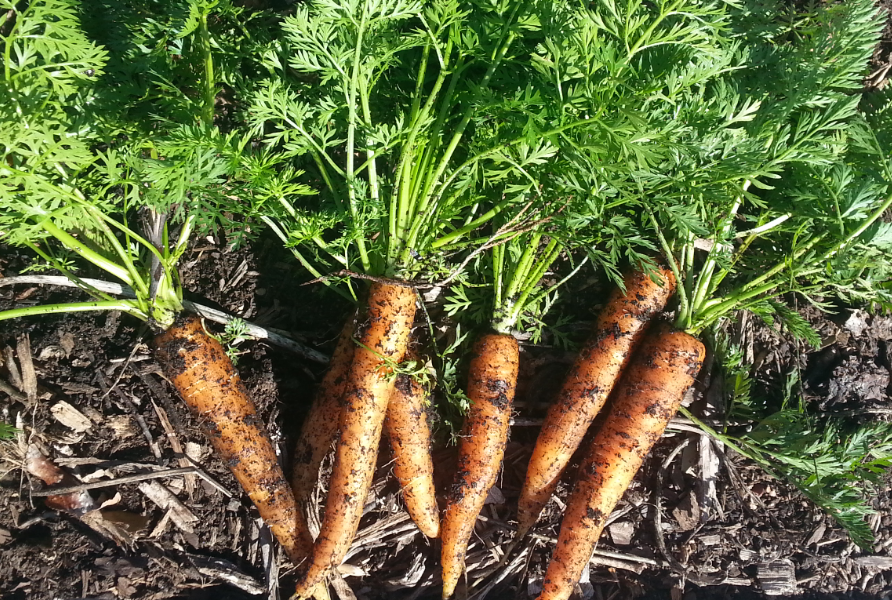 Last year I didn’t have any luck with the Brussels sprouts I planted over the winter and I wondered if it was because I covered my garden in the winter, thereby preventing the plants from being pollinated? I wasn’t really sure that they needed to be pollinated which brought to mind something else I often wondered about, what garden vegetables needed or didn’t need pollination by bug or bird? It seems pretty obvious that anything with a flower needed pollination since that is a flowers main purpose but what about plants before they flower?

I have written about sweet potatoes before and discovered that NASA selected them as one of the crops for their advanced life support program because of their nutritional value, edible greens, light requirements, adaptability, drought resistance and high yield. This would lead you to think that even though the plant does flower if it could survive in space it most likely didn’t need pollinators like bees. If you’ve read or seen the Martian, you’ll know that the stranded astronaut starts farming potatoes without the aid of pollinators. Instead is propagating plants from existing potatoes and not from true seeds. Since he’s not expecting the potatoes to seed he doesn’t need them pollinated. I’ll leave the discussion about the advantages of planting true seeds as opposed to propagating from existing plants for another time.

While I’m no expert, what I’ve finally learned after several years of gardening is that when we grow root vegetables, we usually harvest the roots. The roots act as storage containers for the plant and if left or replanted will produce flowers that require pollination to create seeds. If you don’t need the seeds you just harvest the roots, leaves or florets. These include brassicas, broccoli, cauliflower, cabbage, potatoes, carrots, parsnips, beets turnips, celery, onions and leeks.

Flower pollination is needed for vegetables grown for their fruit like tomatoes, melons, cucumbers, berries and eggplant. Leafy greens and the parts of brassicas we eat like Brussels sprouts, broccoli, cauliflower are the flower buds before they bloom so pollination is not required for a harvest. They’ll only require pollination if you want them to flower and produce seeds.

About 80% of plants require pollination from insects or birds. This is known as biotic pollination. This is yet another reason why pollinators such as bees, butterflies and humming birds are so important in the garden. Pollinators transfer and deposit pollen between flowers or different plants and sometimes varieties. Cross pollination can result in more diversity and therefore disease resistance in a plant. Fortunately, this can only occur between varieties of the same species.  When cross pollination occurs it can results in hybrid seeds.

The remaining 20% of flowering plants do not require help from bugs or birds. These vegetables are either pollinated by the wind or are self-pollinating. Self-pollinating plants deposit pollen on their own which allows some varieties to survive and exist without pollinators. That’s how my snow peas are able to produce legumes even though I haven’t seen any bees or butterflies in months. Some other self-pollinating vegetables include lettuce, tomatoes, peppers, eggplant, peas and beans.

The ability to produce fruit with or without the aid of pollinators helps explain the prolific nature of some plants. At the same time, the biennial nature of some crops that don’t produce seed the first year also explains the lack of some volunteer plants. As they say, the more you know, the more you grow!

If you’re ready to get started on spring planting here’s a list of what to plant in March.

* the average last frost is March 8, so use caution planting or transplanting tomatoes or peppers